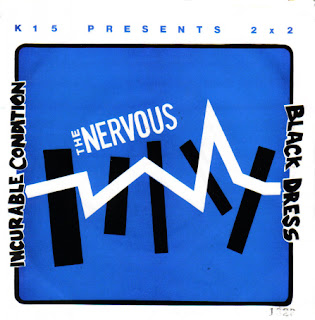 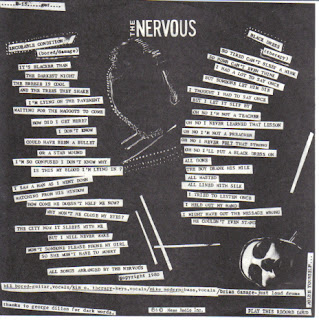 1980 release from Bil Bored's(Yanok) The Nervous. Punky garage madness from a stalwart of the Phoenix scene released by Radio Station K15. Bored played in a later version of Mighty Sphincter. Brian Damage (Ford) would later play drums for Red Wedding. 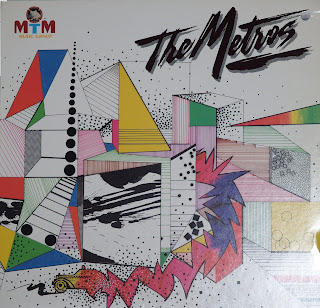 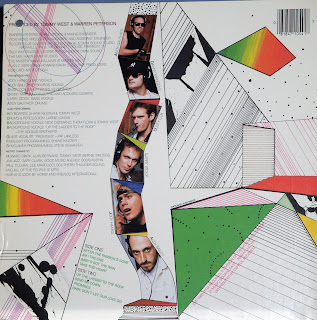 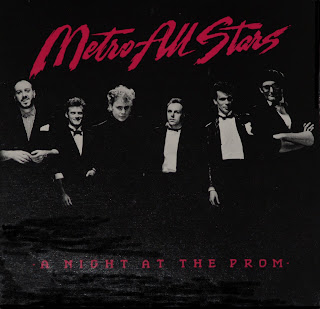 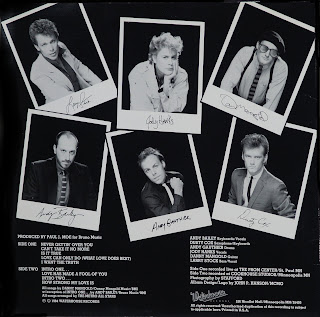 Minneapolis/St. Paul band The Metro All Stars (later changing their name to The Metros) were featured on Star Search, winning once before losing the following week. A Night At The Prom's side one was recorded Live at The Prom Center. Side Two was recorded at Cookhouse Studios in Minneapolis.Released on Waterhouse Records and produced by Paul J. Moe.
I was turned on to them when they were called The Metros, After The Passion's Gone from 1986's self-titled disc is a classic New Wave cut. This record has garnered the most positive response with the people I shared it with. Produced by Tommy West and Warren Peterson it was recorded in Tennessee and released on MTM Records, distributed by Capitol Records.

All new 2008 Recordings courtesy of Danny Mangold
Ten Miles Out Of Texas 10:1
Tonight
John The revelator 10:16


New Metro All Stars Recording Courtesy Of Danny Mangold
"This came from a really bad board tape that I remastered with a kinda funny intro. It's pretty cool...I think..." - Danny

Legendary musician and all-around Great Guy Al Perry hosts a Tucson radio show on Monday nights (kxci.org) from 10-Midnight and recently featured music from the blog for a good portion of the first hour of his show. He gave this blog and my companion site azlocal.googlepages.com a nice plug and played many of the vinyl rips I have done for the site (with a few cassette rips thrown in as well). I have re-created the playlist here, download and enjoy, and most important of all, support Al and if he strolls into your town, make sure you go see him. His new CD is great and his catalog is extensive. I posted an old 7" recently, drop him a line and pick up some cool tunes! alperry003@hotmail.com 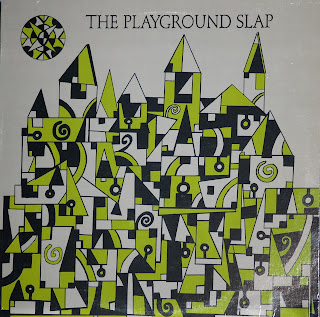 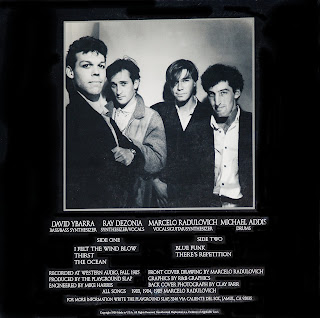 All songs written by Marcelo Radulovich

Produced by The Playground Slap 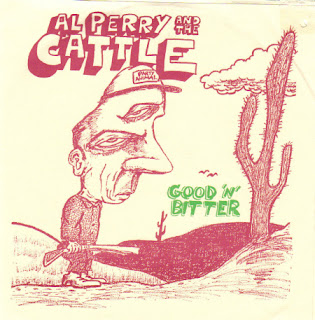 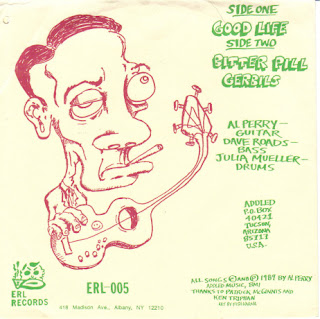 This 3 song 7" from Al Perry And The Cattle may not be their best or most famous work but it is one of my personal favorites. Cattle Crossing (1985) and Losin' Hand (1997) are absolute masterpieces. Often described as Cowpunk, make sure you contact Al and order some Cd's. His latest effort is outstanding. (alperry003@hotmail.com)

From Allmusic.com:
You may upset Al Perry by referring to him, as so many do, as "legendary," since this implies a less-than-contemporary stance among pioneer hardcore rock innovators. Far from retired, the venerated guitarist and songwriter has been a fixture on the Tucson-based roots-rock and alt/country scene for decades, widely credited as one of the first musicians to successfully perform "punked-out country" to timelessly adoring audiences worldwide. His ensemble band (The Cattle features interchangeable members, including longtime bassist Dave Roads, drummer Tommy Larkins (who tours with Jonathan Richman), and the Resonars' Matt Rendon. Al and a 1997 version of the Cattle produced Losin' Hand, which is universally hailed, particularly by imitative musicians, as a hallmark of severely cool, intelligent country punk. Musicians dotting the map since the early 1980's mention Losin' Hand as a landmark reocrd of country/punk alchemy, influencing the musical careers of desert rock bands Flathead, Gila Bend, Giant Sand, Calexico, the Lazy Cowgirls, and many others. An occasional actor who pops up in independent and studio films and a celebrated Tucson deejay, Al has been described as "tremendously versatile," "the best musician to happen to another musician" and "a lifetime of influence" (Greg Swanholm, Flathead). Al's discography includes recordings with Marshmallow Overcoat, Rich Hardesty and the Del-Reys, Dan Stuart, Giant Sand, Fish Karma, and The Richies, as well as nearly a dozen compilation albums, including a tribute album to CCR's John Fogerty.

His myspace page (Make sure you check out his Blood Spasm cover of We Got cactus from his new record, an absolute classic!)Al's MySpace page 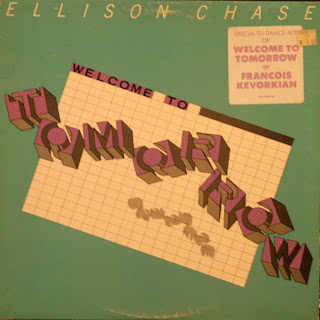 A Synth filled classic, produced by the Legendary Gary Chertoff and mixed by Francois Kevorkian. Chase also performed a song with terry Silverlight from the Mark Wahlberg film "Invincible" and still performs.

Downloads all available on main page : http://azlocal.blogspot.com/
No comments: 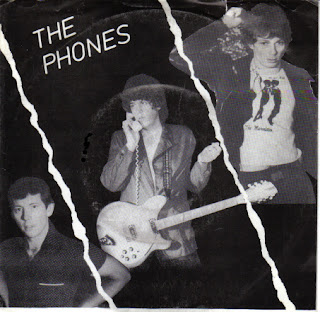 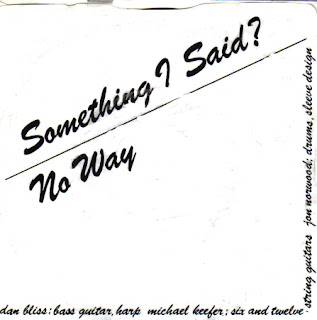 I'm making my best guess on the year for this rocker from Arizona's The Phones. My copy is pretty worn of this solid single and I did my best on the transfer.
The A side is Something I Said and the B side is No Way. Word has it they put on a pretty wild show back in the day!

Produced By The Phones
Recorded at Topanga 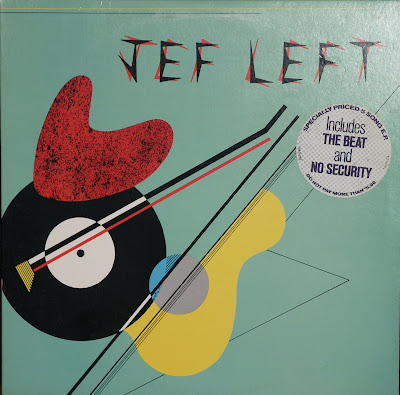 Jef Left delivered this 5 song ep in 1981, his only release, on A&M Records. All songs were written and arranged by Jef Left. Produced by Ron Moss. 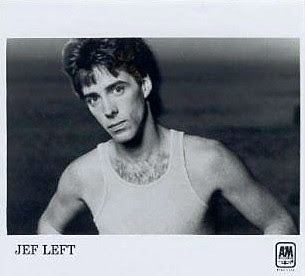 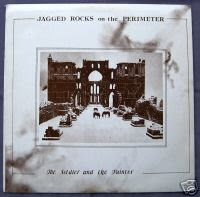 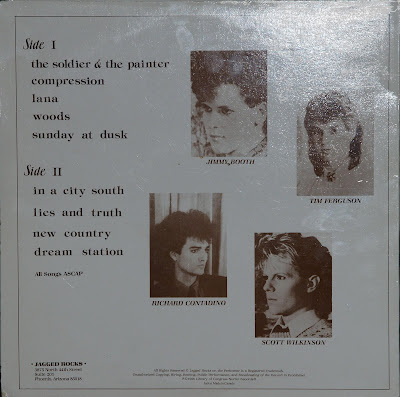