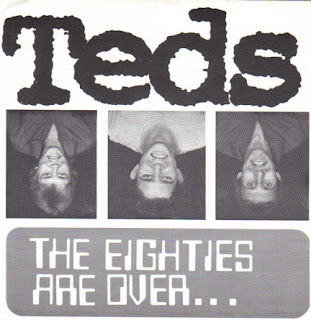 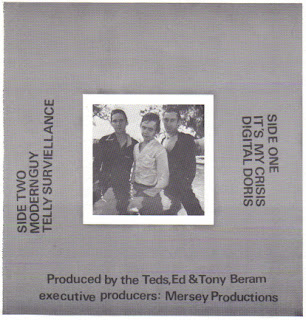 A Placebo Records release from one of the co-founders of the label (Greg Hynes), only 500 were produced of this record, picked it up online for next to nothing.
Hynes moved on to Mighty Sphincter after this and is still a member of that band. Quirky Post-Punk and highly enjoyable. Not the highest quality recording and the back sleeve has the songs in the wrong order, but well worth the listen! 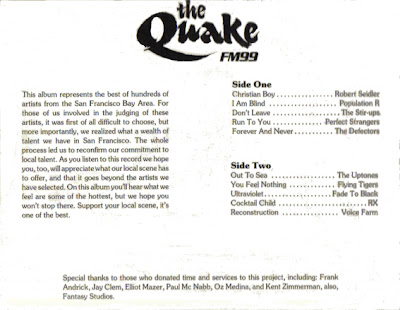 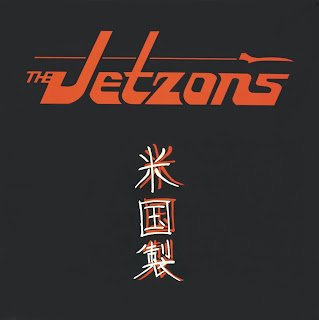 The Jetzons 6 song ep from 1982, the interpretation of the Japanese is "Made In America".

From the New Times Article by Bob Mehr:
In the mind's eye, they are inextricably linked. Bruce Connole, literate and lithe, a wasted poet whose talent was eclipsed only by a penchant for self-destruction. Then there was his foil, the diminutive Damon Doiron, who served as both collaborator and conscience. The two began their unlikely partnership backing another troubled talent, Mike Corte, as part of Valley New Wave avatars Billy Clone and the Same. When Corte died of a heroin-related overdose in 1980, Connole and Doiron recruited keyboardist Brad Buxer and drummer Steve Golladay and mutated into the Jetzons. During a rocky, on-again, off-again eight-year run, they would go on to become one of the most popular and significant groups in local music history. Whether drawing 700 people on a Sunday night at the Devil House or playing Merlin's -- four sets a night, four nights a week for months on end -- people intuitively gravitated to the band's music, a danceable mélange of sprite New Wave and rock. Their influence as the first true local "stars" cannot be understated; they almost single-handedly launched what was then a nonexistent Tempe music "scene" and went on to inspire countless scores of aspiring rock 'n' rollers. Though they were never able to parlay their local celebrity into national prominence, the group had its chances for success. But the lure of industry centers like Los Angeles (where the group relocated in 1982) held as much danger as promise for the band's leader. Little, save for some enduring feelings of regret over wasted chances, resulted from their forays into the big city.

After the eventual demise of the Jetzons, Connole (along with Doiron and drummer Alan Wiley) formed the popular Strand. Connole would later go on to front a pair of other successful, if short-lived, combos before disappearing into the abyss of full-time drug addiction. When he emerged again in the mid-'90s, it was sober, and with a surprising new twist. Gone were the musical pretensions and rock 'n' roll sensibilities; in its place a dark, raw country muse. Forming the Suicide Kings (who later changed their name to the Revenants) with guitarist Richard Taylor, Connole finally found his true voice as neo-traditional twanger, part Nick Cave, part Johnny Cash. Doiron, the consummate sideman who spent his life playing counterpoint to a succession of gifted yet difficult artists (Corte, Connole and Doug Hopkins -- whom Doiron sang for in 1985's Algebra Ranch), continues to play music, most recently with an unassuming pop combo called the Jennys. The Jetzons did re-form, briefly, on New Year's Eve 1991 for a one-off reunion gig. But as if a perfect metaphor for its career, a mile-wide power outage forced the group to cancel the show, leaving a packed house to wonder what might have been. -- BM

Some outstanding scans are included courtesy of FritzB and also some scans of an autographed inner sleeve I have that I picked up at Eastside Records in Tempe. 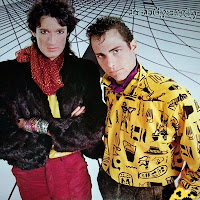 Randy Badazz (Alpert) and Andy Armer combined for this Synth Pop New Wave LP in 1983 on A&M Records. Badazz, whose family created A & M is the nephew of Herb Alpert, and Armer wrote Herb's biggest hit "Rise". Prior to writing that song, Randy released a record under the moniker "Badazz". He also co-wrote Notorious B.I.G.'s "Hypnotize" and runs an extremely successful recording studio that has recorded some of the biggest records in the last 20 years. He is highly regarded in the music industry to this day.


The People In The U.S.A. Video

Billy Clone and the Same, along with The Consumers, led Arizona into the punk/new wave era in the late 70's. Bruce Connole, Damon Doiron and Mike Corte (whose untimely death from heroin ended the band) were the driving force behind the band. Connole and Doiron went on to fame in many other local Arizona bands throughout the years including The Jetzons, The Strand and The Revenants to name but a few. This 4 song ep is considered by some to be one of the best records ever released by an Arizona artist. X and Y was produced by the legendary Mike Condello. Mike Corte wrote all the songs. Released on Moon Dog Records. Instead of the customary side A and side B, the LP was labeled side X and side Y. 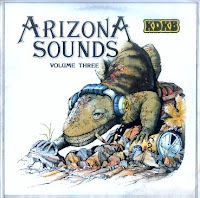 As an added bonus, I have included an extra song, from the 1979 LP "Arizona Sounds Volume 3 entitled "Don't Look Back". Much slower than the material on X and Y, it is still an outstanding track. 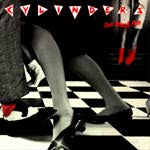 The only release from The Cylinders was this one sided EP entitled Too Much Fun released in 1982 on Prophet Records. From Huntington Beach, their sound is Surf Rock, Garage, power pop. I have a gig flier showing them opening for The Plimsouls. 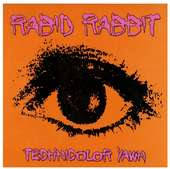 Some bands are style over substance. Some bands have both. Rabid Rabbit had both.
Comparisons don't come easy as they are numerous. A touch of this a touch of that. This Arizona band released their one and only album the same time Jane's Addiction did (maybe even months before) and that is who they are often compared to. Musicianship is top notch, they even play a few instrumentals, and this LP is rock solid. Much sought after in the Phoenix area, I was finally able to find this LP at PDQ Records in Tucson after searching for a couple of years. Tony Karaba also played with Arizona band Mighty Sphincter and Mike Sversvold with skate punk legends JFA.