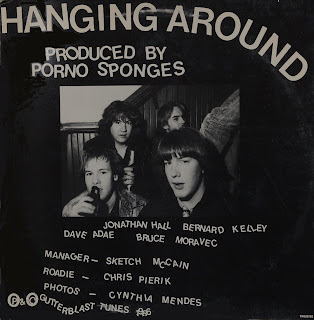 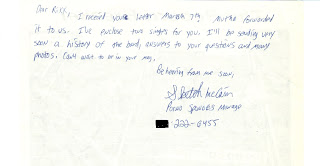 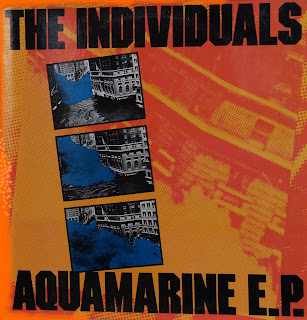 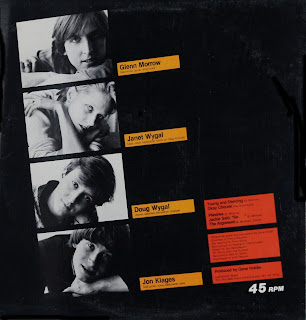 Their debut EP, Aquamarine, was produced by the dB's Gene Holder. It was voted one of the best EPs of 1981 in the Village Voice's annual Pazz & Jop critics' poll. The band's one album, Fields, was also produced by Holder and engineered by Mitch Easter. While Christgau criticized their lyrics as "lack[ing] that universal touch" , critic Robert Palmer, writing in the New York Times in May 1982, called Fields "remarkably mature" and "the most impressive rock debut so far this year."
The Individuals broke up in 1983. Morrow went on to help found Bar/None Records.


From their myspace website:
The Individuals formed in 1979 in the New York City metro area through a Village Voice ad that brought guitarist Glenn Morrow and drummer John Klett together with bassist Janet Wygal and lead guitarist Jon Klages. When John Klett left the band in 1980, he was replaced by Janet’s brother Doug Wygal. With Gene Holder of the dB’s producing, this lineup recorded the EP Aquamarine, the album Fields, and one single, “Dancing with My Eighty Wives.” Fields was the first full-length album recorded at Mitch Easter’s Drive- In Studio in Winston-Salem, North Carolina. (At the same time, R.E.M. were working on their first EP at Mitch’s.)

Inspired by the late-seventies CBGB bands and the early-eighties No Wave groups on the club scene (along with classic sixties rock and soul music), the Individuals made melodic pop music with an art school edge. They became associated with the music venue Maxwell’s, in Hoboken, New Jersey, where Morrow had already been performing with the band “a.” Sometimes referred to as the “a band,” the combo included all three original members of the Bongos and were the first group to play the club. Drawn by Hoboken’s cheap rents and Maxwell’s as a hub of musical activity, a number of bands gravitated to the town and became loosely indentified with what the press dubbed the “Hoboken Sound.” These groups included Human Switchboard, the Bongos, the Feelies, the dB’s, the Cucumbers, the Cyclones, Red Buckets, the Phosphenes and an early incarnation of Yo La Tengo called Georgia and Those Guys. Many more would follow.

The Individual’s first EP, Aquamarine, was released on Charles Ball’s Lust/Unlust Infidelity Records in 1980. It was named one of the ten best EPs of the year by Robert Palmer of The New York Times. The next year Fields, on Plexus Records, was similarly named one of the year’s ten best by The New York Times. Fields garnered great critical success; “Dancing with My Eighty Wives” was a much played song on WLIR on Long Island; and “Walk by Your House” was a hit at WHFS in Washington, D.C.

The Individuals melded dance beats to interlocking guitar parts, layering call-and- response vocals on top, constantly messing with the possibilities of what a pop song could be. Their lyrics often told enigmatic, fractured stories that attempted to tease out listeners’ emotions while keeping everybody dancing.
Their myspace page

Glenn Morrow was also in Rage To Live and playted with Chris DeBurgh and The Far Corporation. He has producer credits with The Embarrassment, Chris Mars and Lou Reed.
Janet Wygal played in The Wygals and worked with Chris Stamey and Tim Lee and most recently in Takka Takka. Her brother Doug has an extensive list of production credits and has played with Amy Rigby and Tim Lee.
Jon Klages went on to play with Russ Tolman. 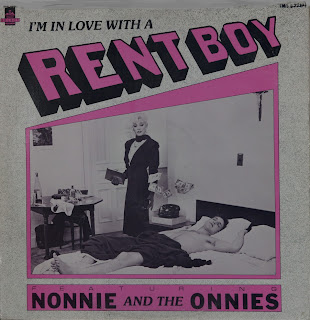 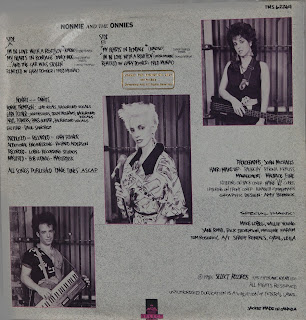 Nonnie Thompson's Dance record form the mid-80's with Gary Pozner, Ariel Powers and Paul Sanchez. Described by CD Baby: "If you took 25% of Madonna mixed with 25% of Marilyn Monroe and added 50% Annie Lennox you would have Nonnie". Buy their other release Here.
Pozner went on to be an award winning composer in both TV and Movies after working with Tom Tom Club and Ziggy Marley. Sanchez released a solo CD and was in the 90's band Cowboy Mouth (Not the 80's group who released Cowboys and Indians). Thompson released the single "I Hate Simon Cowell" in 2006.

Produced and Recorded by Gary Pozner